A new season brings a fresh source of ingredients to tickle palettes and this autumn a wave of London’s restaurants are dedicated to providing new culinary experiences. In West London, Julie’s, a hot spot favoured by Kate Moss, Mick Jagger, and Princess Diana, reopens bringing back a lively dining experience to Holland Park punctuated by a modern English menu from Michelin-star chef Shay Cooper. Nearby in Notting Hill, Clare Smyth proves why she keeps racking up accolades with her first solo effort, Core.

Central London benefits from comfort food from America and Italy with the openings of Sweet Chick and Circolo Popolare, respectively. Ideal for brunch or late night dining, Sweet Chick’s chicken and waffles are the perfect pairing, while Circolo Popolare’s lively setting and delicious, yet deceptively simple pizzas hit all the right notes. But move farther east for a one-of-a-kind experience as Douglas McMaster revives Silo, his zero-waste restaurant at The White Building in Hackney Wick. Below, a roundup of some of London’s freshest establishments meant to transport you and your tastebuds into new territory. 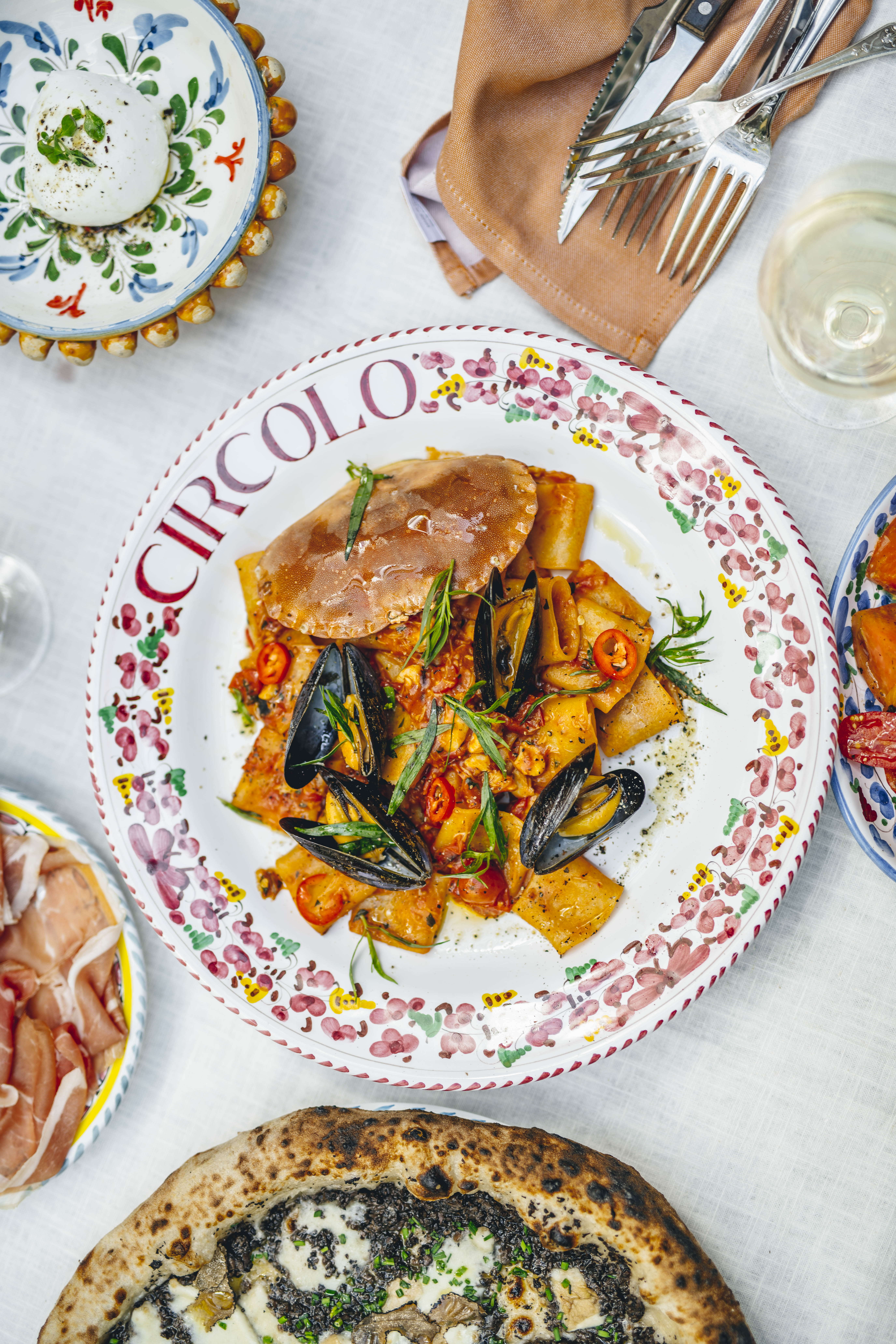 This trattoria in Fitrzovia transports you to the Sicilian countryside with its lush setting, bottle-filled walls, and cheery decor. Newly opened from the group behind east London’s popular pizza boîte Gloria, Circolo Popolare brings the same chill atmosphere with polished finish. Shared seating invites clients to mix and mingle over pizza and cocktails, while intimate booths are still a part of the action and ideal for a festive group selfie. And linger for late night drinks and dancing in the back to live ’la dolce vita’. 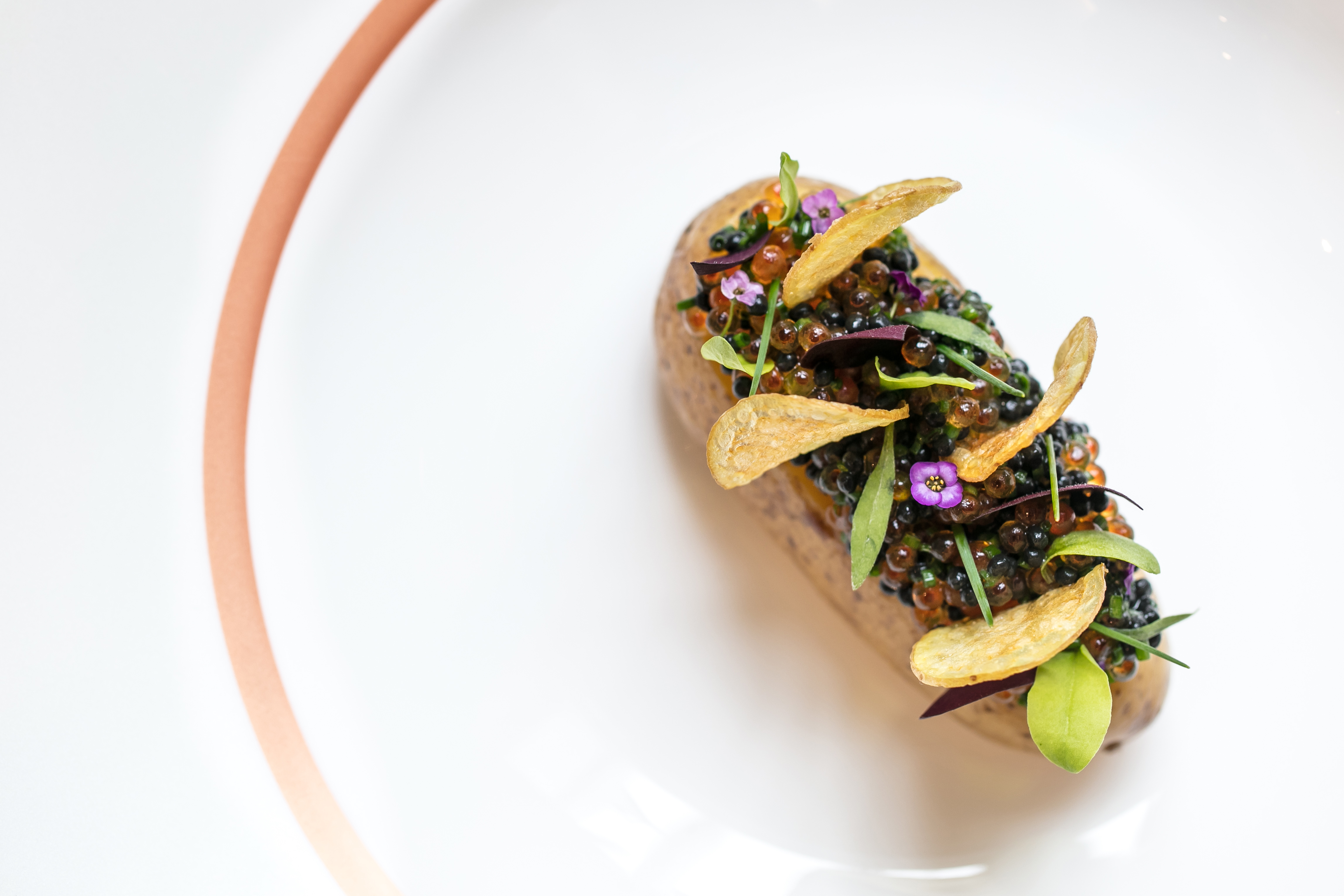 With two Michelin stars under her belt, an MBE, and catering the wedding of Meghan Markle and Prince Harry, Clare Smyth is a culinary rock star. Her talent has been honed over years first under Gordon Ramsay, followed by Alain Ducasse and a stage with Thomas Keller (at The French Laundry and Per Se), before returning in 2007 to become the first female head chef (at 28-years-old) at Ramsay’s signature restaurant which earned three Michelin stars under her leadership. “It was my first head chefs role. I was the first woman in Britain to do that and the pressure was immense. I couldn’t afford slip up,” she says about her time with Ramsay.

A trailblazer in a predominantly male industry, Clare chalks it up to having good role models and being focused. “Work and learn from the very best,” says Clare. “It will be tough but you will learn the most and what it takes to be successful.” Striking out on her own with Core in 2017, Clare wanted to bring the focus back on natural, sustainable food, sourced from the UK. “I love nature, British produce, and our culture,” says Clare. “I always find inspiration and beauty in the most humble ingredients [and] elevating them to something spectacular.” 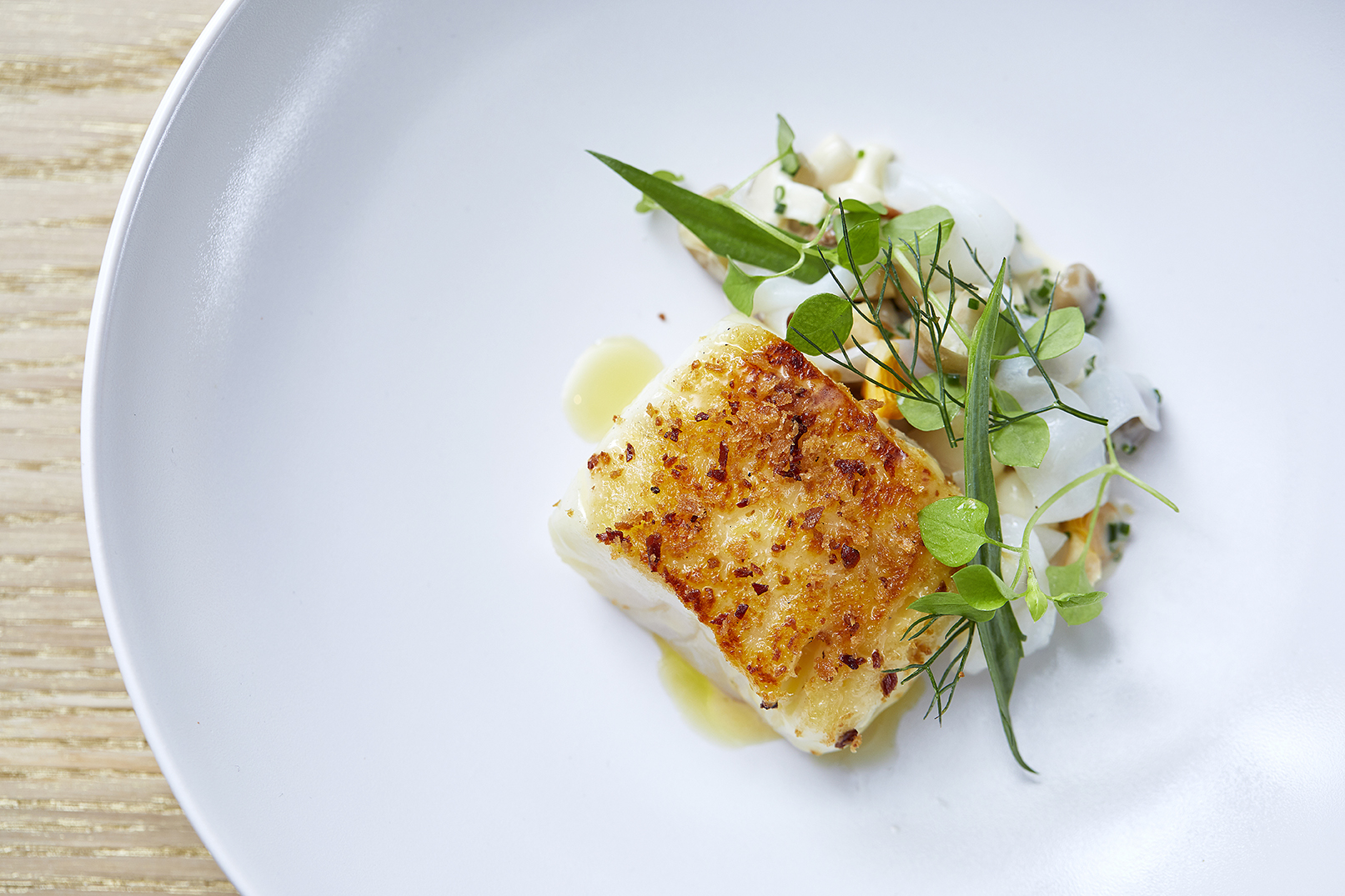 This Holland Park institution is celebrating its 50th anniversary with a celebration this November, but those wanting to get a jump start on the festivities will enjoy chef Shay Cooper’s approach to modern British cuisine. Cooper joins after a successful run as executive chef at the Goring and hopes that the menu reflects the splendid simplicity of local fare—Cotswold chicken, roast Cornish cod—within original interior designer Julie Hodgess’s modernised space. 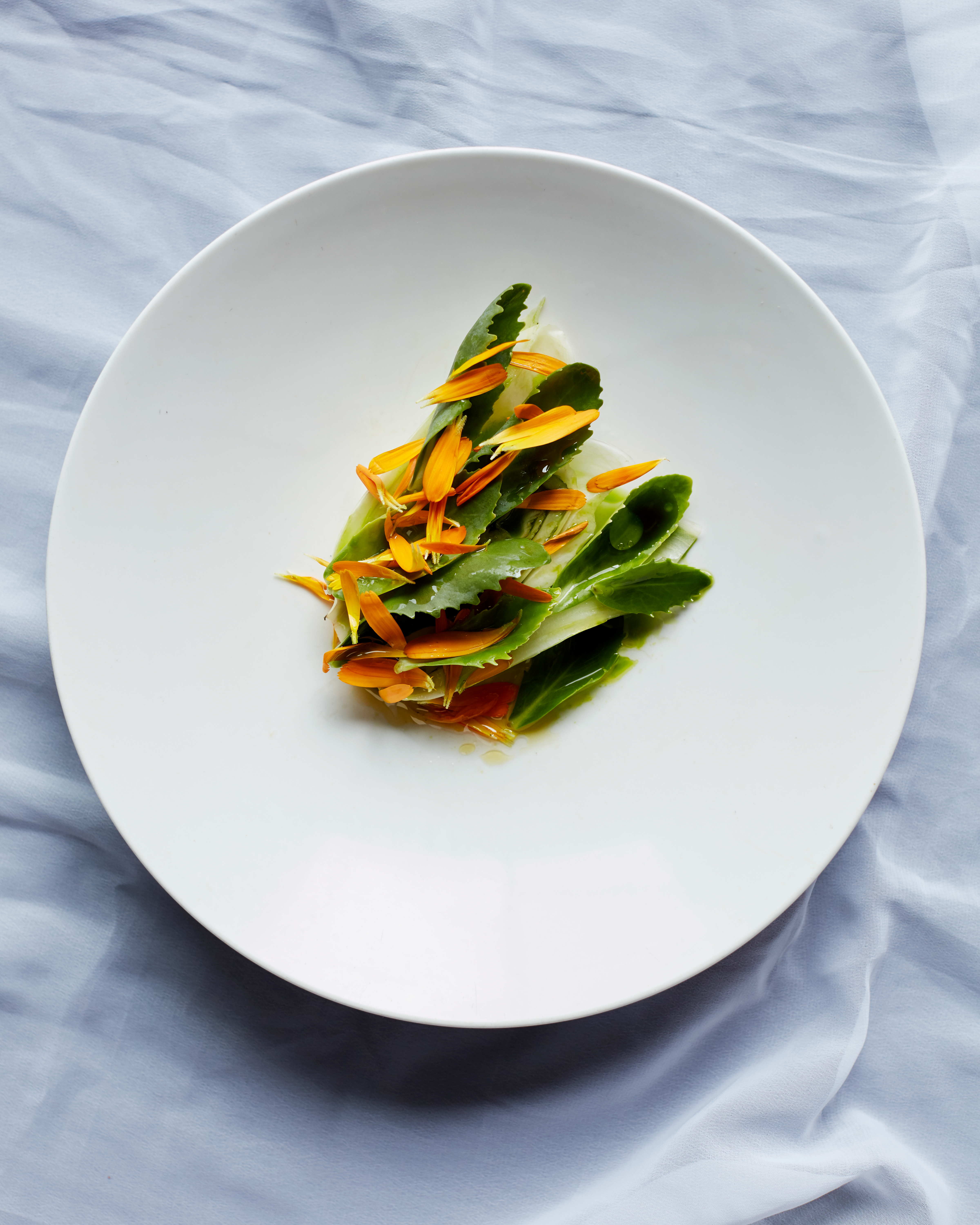 While the farm-to-table movement has gained steam in recent years, another food trend that’s slowly popping up is the concept of zero-waste. Douglas McMaster was one of the pioneers with his first iteration of Silo working with local suppliers and farmers and then composting any kitchen scraps to create an end-to-end approach to the process. “It’s a holistic approach,” says Douglas. “[It] can be adopted by anyone.” But how did McMaster come up with the idea to begin with. “An artist asked me, ‘do you think you can not have a bin?’ It was a really strange moment—I hadn’t ever thought deeply about a bin or lack thereof.” Fast-forward and McMaster and his team have, “cracked the code to not have a bin.” Opening at the end of the month in The White Building in Hackney Wick, expect a regularly rotating menu for dinner focused on seasonal ingredients, ideal for pairing with their small selection of natural and biodynamic wines. As for his goal with Silo 2.0? “To demonstrate the best version of zero waste, revealing a no compromise approach. It is the future of food." 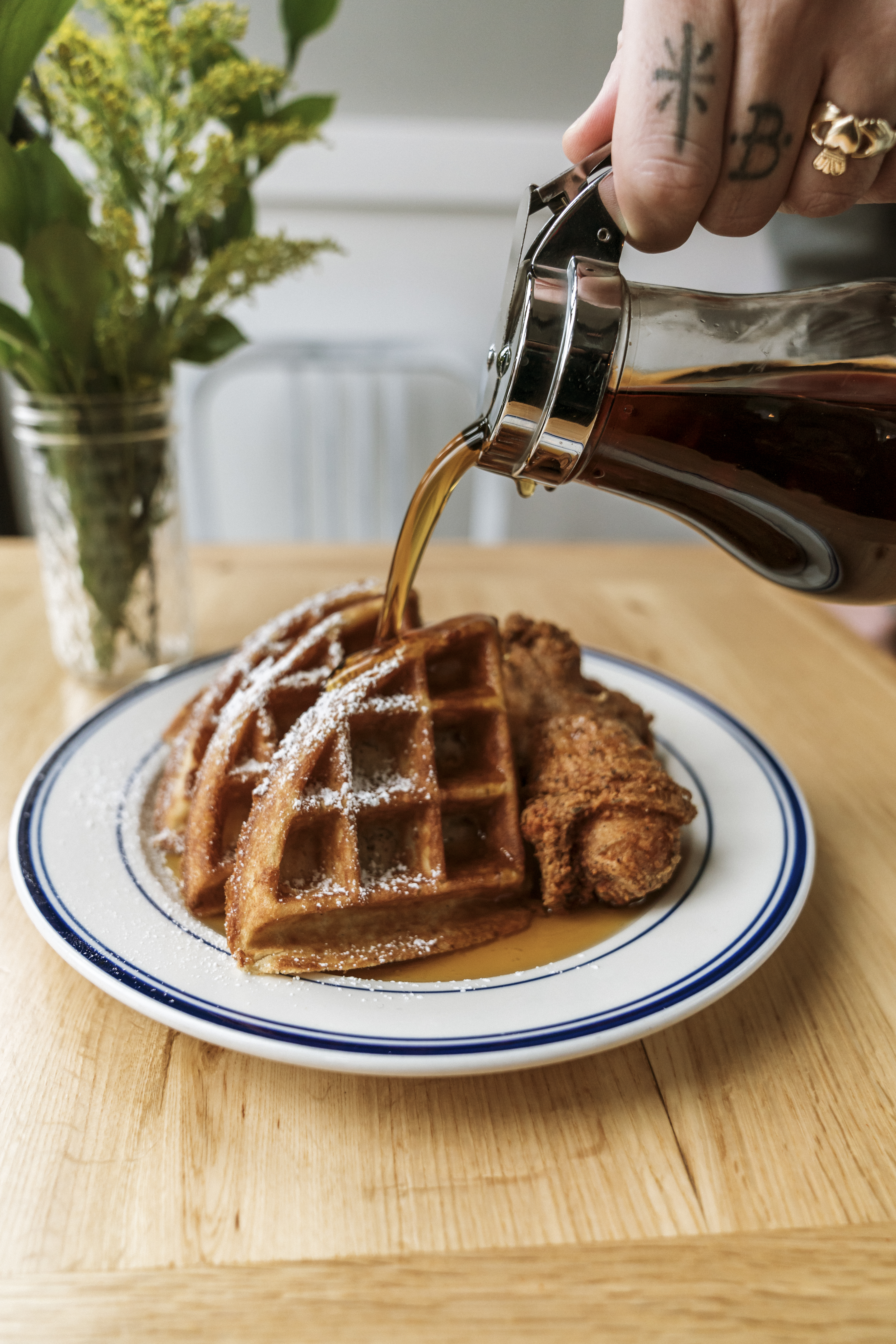 A Brooklyn import, John Seymour’s Sweet Chick empire is branching out of the US and bringing classic American comfort food to London. Their newly opened outpost in Fitzrovia serves their heavenly fried chicken and waffles, but also make sure to leave room for the equally sinful biscuits and gravy, shrimp and grits, and Mac and cheese.