The last time a velvet suit caused a major fashion stir was in September 1996. It was an oxblood, flared-leg style designed by Tom Ford for Gucci and expertly worn by actress Gwyneth Paltrow at the MTV VMA’s. Fast forward more than two decades later and Phoebe Waller-Bridge made her mark in the velvet suit from VB’s pre-spring summer 2020 collection.

Waller-Bridge stepped out in the style this past August in London at the opening night party for her play Fleabag. The actress and writer has often gravitated towards strongly tailored pieces on and off the red carpet but this ensemble was a study in modern androgyny. A louche 1970s-inspired energy was captured on clever design details like wide lapels, peaked shoulders, and a single-button. Flared trousers created an elongating effect while a simple silk and lace cami offset the menswear vibes with feminine flair. 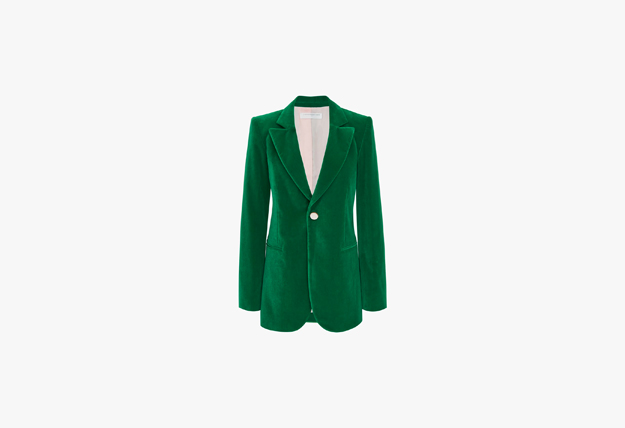